Four years ago, I was extremely hyped to join campus. Tales had been told to me of how fun it was to be at campus. The new friends, night outs, road trips, name it. On the contrary, I was extremely cautioned on how dark campus experiences can turn out but I was optimistic. And my experiences began with my first sleepover. Names are changed for purposes of privacy.

A close friend of mine, Mark, had agreed to visit to check on me. I had just moved into a double room at Bavana hostel, one of the great student hostels of Kyambogo University. As I pick him up from the gate, he happens to see his primary school OG in the compound. They chat up a bit and we proceed to my room. Mark and I break bread and get lost into the conversation about our anticipations for campus. We swear to work hard for first class degrees in our respective fields till i notice that I’ve been talking a lot more than he did. Only to find out that mister is so invested in texting the girl we just met. He asks me if i would help him locate the girl’s room which i agree to.

A couple of dark corridors and staircases, we arrive at the door to the girl’s room. Me, nervous as ever. Him, confident as always. I hadn’t noticed this girl earlier and now that I’m looking at her, the saying of age like fine wine is true indeed. Her hair, bob plaits, just ending by the jawline, smile so wide welcomes us with hugs and excitement. We exchange pleasantries and then tells me her name….Elsie. She introduces her roommate, Lynn, to us. They were in the same high school and decided to become roomies. I have no words to describe Lynn properly to you but she is a spectacle of beauty. I hope you meet these girls one day.

Mark gets cozy with this girl and this seems like a third-wheel in some sort of way to Lynn and I. Neither Mark nor the girls seem to be minding that it is dark and Mark has to go home, like he told us every couple of sentences during the jazz. Then Mark casually throws in the statement, “OR WE COULD JUST SLEEPOVER“, which they accepted with ease though it was disturbing to me. The thought of sleeping in the same bed with a girl made me timid and tremulous. However, the thought of sharing that same bed with Mark restored serenity in my mind.

Halfway through the movie, Lynn was not feeling well and decides to turn in. the rest of us continue watching only for me to notice that hands were moving, movements that i interpreted to be signals of a more unbecoming situation and inquired where I would lay down to which Elsie pointed to Lynn’s bed. I was perplexed! “Was this it?, I’m not ready for this, physically and mentally…” my mind was at riot again. For the second time this night, i had to calm down. I tap Lynn awake and ask if i could sleep in her bed and she says okay. she was inside the covers so i decide to lay on top of the bed and didn’t cover myself, lying prostrate on the bed, eyes fixed onto the ceiling and all the thoughts seemed to drown in there.

If i say that i thought about something during that moment on that bed, i would be the world’s greatest liar. Ever wondered what would happen at your first sleepover? Did you have any excitement? Well, to answer your questions from my experience (which i don’t think offers any answer), whatever you had in mind, is and will not happen. There I was thinking, with a beautiful girl next to me, about why Captain America just didn’t tell Iron Man that Bucky killed his parents. With these superhero arguments in my mind, which also, I could not settle, I was carried off to dreamland like a lonely cloud. I cannot tell what transpired in the mind of the lady lying next to me, I bet she was timid as i was.

“Wake up, Mwondha, wake up. I’m not feeling okay. I’m feeling nauseous.“, I was awoken to the crying of a sick girl. Time had moved so fast and this is not what I had expected to wake up to but to the joy of sleep having worked its magic. However, this was the reality. I never thought I would use some of the training i got from searching about remedies for symptoms. Here i was, at 5 a.m, preparing ginger tea to make her feel better! We had tea until the morning light found its way through the window illuminating a shadow onto the wall. this is when i discovered a night had passed without anything actually happening. “What did she think of me” her face was pale and dismal but reassuring. What transpired in her mind troubled me more than what was in mine. What could trouble one more than the possibility of consent that was granted in the most covert ways! it could have been the other, or the other but one thing is for sure, the interpretation is an ambiguous one, the whole concept is delusional. I walked away to my room so that i can clean up.

I was contented with the sleepover. It seemed to have gone on well. I head back to Lynn’s room to pick up my friend who had decided to use their bathroom. His face was gleaming with happiness. I guess it was a good night. It is not what you’re thinking. Get your mind outta the gutter.

So, later in the week, I meet the girls and the sleepover was carried into the conversation. Apparently, I was “slow”. That I didn’t do anything. What a way to kill some self esteem! Though, head still kept high for having not done something non consensual.

Published by the Sogi

A young muslim in a heavily monetised, sexualised and culturally dynamic world. View all posts by the Sogi

I AM BECAUSE YOU ARE BECAUSE WE ARE. 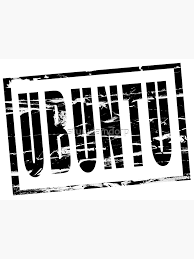 UBUNTU is the belief in a universal bond of sharing that connects all humanity.